THE GOSPEL GREATS radio program, after nearly four decades on the air, remains the best-known and most widely-respected syndicated Southern Gospel music radio program of its type, airing on great radio stations across the United States, in Canada, through broadcasters worldwide, as well as on Sirius/XM satellite throughout North America and on the internet everywhere each week (through affiliates and on-demand) 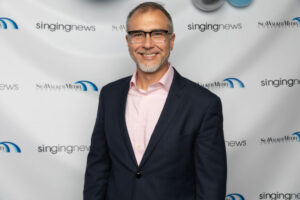 Rodney Baucom was named the host of The Gospel Greats in March of 2021.

The voice and talent of Rodney Baucom are unmistakable and have helped to make him a fixture in the Gospel Music media space.  He was the obvious choice to sit behind the mic and carry on the grand tradition that Paul and Shelia Heil began forty years ago with The Gospel Greats.

You can connect with Rodney here: